Shining Movie On A Hill

Silent Hill, a new movie based on a popular video game and universally panned by the critics, premiered on Friday. Sounds like the same setup as the Wing Commander movie? Well, this one was a success: CNN reports that it was the weekend's #1 movie with $20.2 million in tickets sold. That's good news for the game-to-movie genre as a whole, to which we are tangentially connected. The video game connection invariably leads to comparisons to our movie by the professional critics... here's one from The Mirror:

Resident Evil, Wing Commander, Doom, Alone In The Dark, Super Mario Brothers - five reasons why Silent Hill was never going to be any good. It's a proven fact that great computer games always make rubbish films and this tragic horror movie is, alas, no exception.

Zing indeed. ZFGokuSSJ1 reports that the IMDb is honoring the release with a 'favorite video game movie' poll today... so go vote for Wing Commander here. Wing Commander is currently in 12th place, well behind Tomb Raider... but significantly ahead of Alone in the Dark!

Why do people pay extra for premium channels? Because in any given month they'd like to see the Wing Commander movie as many times as possible. That's right: HBO and its affiliates will be running Wing Commander not once, not twice but twenty six times through May 22nd! You can find the schedule online here, or refer to the handy list below. Watch every single one of them and win a prize. 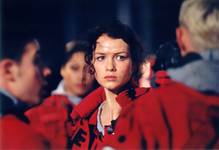