Here's an exciting update from Joe Garrity: the The Origin Museum has gotten its hands on three Wing Commander Academy production documents! The collection includes the original series bible, a story outline for Recreation and the first draft script for Chain of Command. The series bible is especially interesting because it's very different from the finished series - apparently the original idea was to include all of the Wing Commander III cast (including Rachel, Cobra, Hobbes and others!) and set the show during the events of The Secret Missions 2: Crusade. The document includes lots of neat trivia... and since the museum has made the documents available electronically, you'll have to read through them to find out things like Thrakhath's sister's callsign! You can access all three of the documents and some background information here. 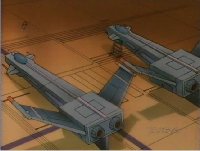