Last week's preliminary Wing Commander makeover for Galactic Civilizations 2 has mostly come together, and an installation and help guide is now in the works for the conversion package. The retail game itself has recently gotten quite a bit of free publicity thanks to fallout from some forum drama. The company behind GalCiv2 seems to have a solid corporate philosophy and a good product on its hands, so hopefully this helps broaden the install base for the Wing Commander mod. With the basics beginning to get wrapped up, ColonelFireball has begun looking into adding familiar Wing Commander ships. He's managed to get Howard Day's Hornet model looking pretty good with Tolwyn's texture so far. 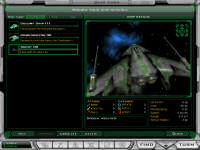 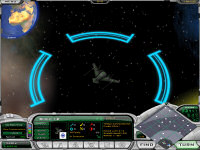 So what I try next to do is a mod for the ships. I had some problems with converting and including the models to the game, but was successful. Once you know how everything works, then it is EASY. It doesn't seem like much, but this was hell of a lot of work.

We're planning a few neat Academy related features later on in the week, so now would be a perfect time to brush up on your knowledge. We have several resources to help with this. Our main WCA section has a copy of the series press kit and an episode guide. There are also a number of ways to view the series depending on whether you watch them in order of airdate, timeline, or production. A guide to the different viewing orders can be found here. Of course none of these are much use if you haven't got copies of the episodes, and in case you haven't downloaded them before, here are the links again.