Merry Cridmas, everyone! You should all send ChrisReid a note for his birthday. Chris is the CIC's consummate professional... he keeps the site running and the news updated on time every day when the rest of us aren't nearly as well organized -- just look at how much later this update appeared! Chris and I have been friends for ten years now... and from CIC Update #1 to the movie premiere to more Dragon*Cons than I can count he's always put Wing Commander before everything else. So, happy birthday, Chris - you deserve the best day possible... even if it was actually yesterday. 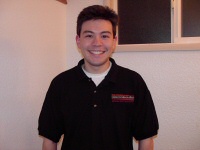 Marc has another pair of lucky ships for his growing fleet. They've been colored in characteristic WC2 era green and look great with the new paint job. Marc retextured the Paradigm twice to make it more distinct from the Privateer version. You can see the rotating model here. All the neat details on the Durango design also help to make it a fun creation to look at. Both ships were made at the suggestion of fellow fans. You can find more pictures and provide helpful feedback at Crius.net.

Worth noting, perhaps, that the Origin FX 'TCS Paradigm' screensaver is set in 2664... and that Paradigm looks like the ones in Privateer. So, perhaps the Privateer paint scheme *is* the WC2 Paradigm.

Occasionally we like to report on interesting discoveries in real life outer space. Geebot told us about a neat looking "double helix nebula" that was recently sighted by the Spitzer Space Telescope. The phenomenon seems to be some sort of twisting magnetic field that is pulling along debris that emits detectable infrared waves. The portion visible in the photo below is a whopping 80 light years long and is located near the galactic center. There's been no comment from the World Science Federation yet. You can read more about it here.