Isaac Alexander let us know about a new little space sim called Acamar Rising. It's a straightforward space shooter created by an independent team in Arizona. A 1.4 GHz computer and 64 meg 3D card are required because of the game's advanced graphical effects, though some of the models and textures might seem pretty basic to some players. Flight is controlled with the mouse and keyboard. The story isn't too deep and revolves around protecting your home base from aliens of some sort. You can download the 23 megabyte starter pack and begin playing immediately. Registration is $19.99 and unlocks a variety of new features. More information and a preview video are also available at the Beteo Games website. 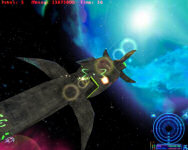 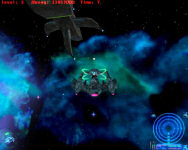 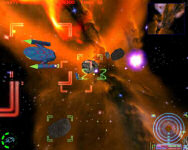 Acamar Campaign is a modern first person 3d space shooter. As the captain it is your job to clear the asteroids and protect the space station. Battle the alien fighters and watch out for the mothership!