Apricot And Plum On The Pioneer Menu

Another new cockpit design is in the works for WC Pioneer. Howard Day has released several variants of the Phalanx design. It's loosely based on the concept art posted last week. The colors are still up in the air, so check out the Phalanx WIP thread to talk about which you'd like better. QuickTime users can look around a 3D version of the cockpit here. 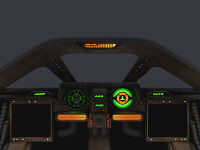 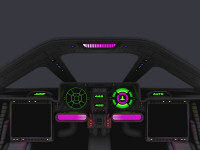 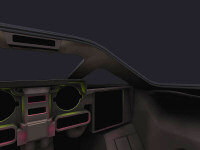 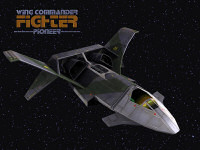 Who Would You Be?

Our new poll asks what sort of role you'd choose if you appeared in the Wing Commander universe. The pilot option might seem to be an easy choice, but exciting things happened to many different types of Wing Commander people. Marines and Bartenders are currently in a fight for second place.

Our traditional New Years Poll stuck around longer than usual, which always skews the numbers towards the less enthusiastic options. Despite this, results continued to improve. Votes for the more optimistic choices have almost doubled in the last two years. 2006 will be the biggest year for the CIC since it was founded, so no matter which box you checked, we're glad you're here with us.