Publicizing A Plethora Of Privateer 3 Pictures

Last month we posted the 240 page Privateer 3 Script to the Document Archive. The draft's story and background information detailed a new privateer's interactions with Kilrathi, Nephilim, Black Lance and other familiar elements in the 2680s. It's a must-read for fans curious about what might have been. The project was eventually canceled in favor of the online Wing Commander games, but we've now sorted out the various concept art shots from the proposal. Recognizable locations include a wide variety of bars, command centers, starports and more. Check out the document file for specific information on each place. You can find the rest of the Privateer 3 images here. 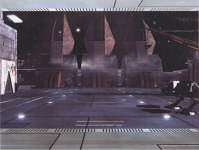 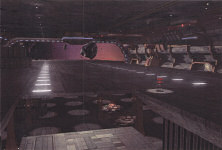 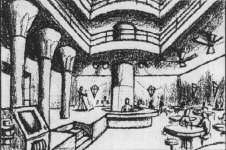 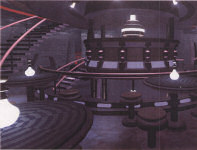 Soon, Kiranka will again assume its sovereign birthright and the Kilrathi Empire will be restored to its former glory. With the completion of this Battle Station, I will lead the Kilrathi forces to a final victory over the Terrans.

A sharp looking assortment of concept shots from Privateer and Wing Commander Online can also be found here.