We've got two more updates from WC Tactics today. The Kilrathi Dorkir Transport has been added to the Nexus engine and is ready to haul stuff around. The model comes in at around 1800 polygons, which puts it on the lighter side. I'm more of a Dorkathi man myself, but those twin tanks look neat from certain angles. 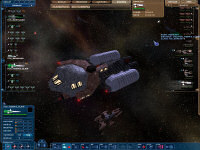 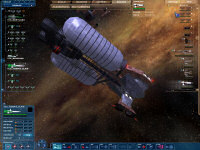 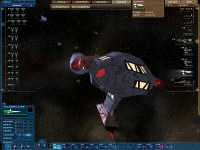 The Tactics shipyard is also coming together. Smaller details have been tweaked to finish up the design. It seems that the Papenburg yard also has a small flight deck to launch a number of Hornets and Rapiers for defense. 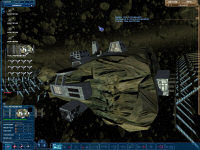 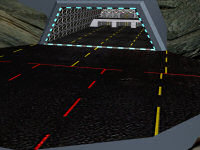 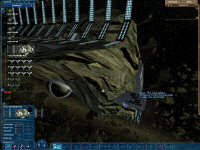 If you haven't noticed yet, we're spending a week to highlight some of the active Wing Commander role playing games that populate our community. Most RPG groups tend to stay pretty quiet and keep to themselves, but they're surprisingly active under the circumstances. Another group looking for new recruits is also the oldest in nonstop operation. The Edge of Chaos WCRPG was founded on November 9, 1996 and recently celebrated their ninth anniversary. They also conduct character building exercises on their forums and hold almost weekly sessions on IRC. You can find them online many Saturday nights at 9:00 pm Eastern in #wcrpg on the starbase31.no-ip.com server. Follow the links on their front page to register and check out their new player guide.

Your second to last chance to catch HBO HD's showing of the Wing Commander movie in 1920x1080 resolution is coming Tuesday morning. After January there are no scheduled high def air dates for at least a few months. Anyone have any luck getting screencaps or recordings yet?