The Lego Brickshelf has added another amazing Wing Commander design: the Black Lance Heavy Fighter by Staruss. This Dragon representation has a small cargo area and wings that fold down to engage a pair of Fission Cannons. A dark suited pilot takes the controls in front of the glowing red fuel intakes. The only thing missing is a tiny hatch to drop the mine. If you look closely, it seems like a few pieces have been cut to create a more accurate copy of the original design. That seems a bit like cheating, but I'm still very impressed. Don't forget to check out the Rapier I and Vampire too 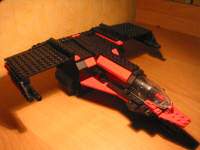 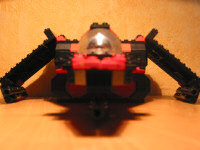 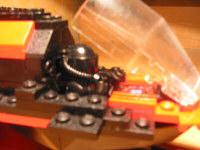 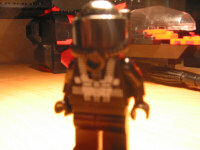 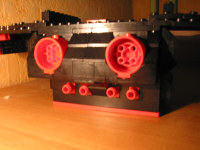 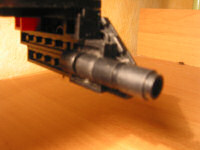 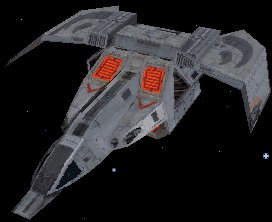 The Wing Commander Against All Odds RPG is growing again. AAO puts players in the role of fictional capital ship and task force commanders in the middle of the Kilrathi War. You can see what the excitement's all about at their message boards. Here's Sylvester with more information on their latest expansion.

Greetings ladies and gentlemen. Wing Commander: Against All Odds is launching another recruiting drive. We've recorded ove 4600 posts in a span of little more than nine months. We are expanding our forums, launching new campaigns deep into Kilrathi space and introducing more complex storylines, including Kilrathi characters that will appear frequently (to the chagrin of our commanders).

The year is 2658 and Wing Commander history is in your hands. Currently we have operations taking place in Vega, Enigma, Gemini and the Epsilon sectors, including a few special ops missions. Choose your task force. Escort carrier driver or Dreadnought CO? Carrier division commander or cruiser squadron commander? It's your choice. We currently have six unassigned task forces waiting for a commander. Will that person be you? Come to http://board.fleetaction.net to find out. See you on the front.