In 1997 we had our first hints that a Wing Commander movie was on the horizon. Chris Roberts had long spoken of his desire to develop a movie... and Wing Commander IV's release proved that he knew what he was doing.

First came the Phoenix Pictures Memo, a leaked document which included a description of the movie's script and of 1996 negotiations between Electronic Arts, Chris Roberts and a European film company. Was this an elaborate hoax? No one knew. Next came ten 'concept' screenshots, incorrectly published online by Origin, billed as Wing Commander Prophecy concept artwork. Insiders soon confirmed: these paintings were made to help sell the Wing Commander movie to a movie studio.

We're proud to return these unusual screenshots to our archive. Fans can now get an amazing view of how the movie might have looked with no budget or casting constraints. With the benefit of the recently discovered First Draft Script of the Wing Commander movie (available here, in PDF format, 33 megs), we can finally determine exactly what these are screenshots of. 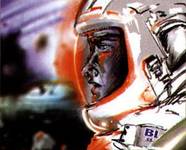 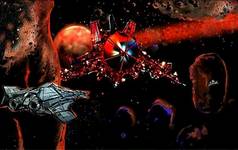 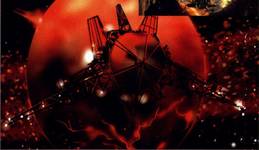 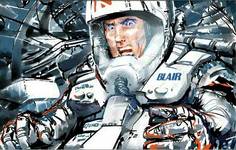 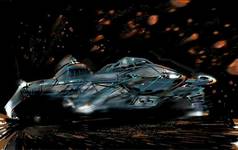 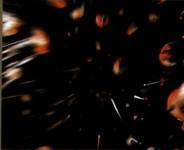 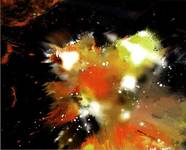 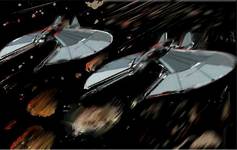 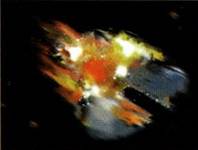 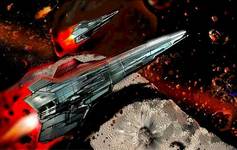