AD's Half Life 2 Light Carrier level is coming together very well. It already looks like it'd make a fantastic place to walk around and hang out in. The detail and shape of many of the wall structures has been enhanced, and the side passages are now distinctly modeled. In the future it may be possible for the gravity generators to become damaged and alter the level's physics. 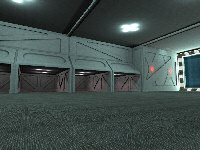 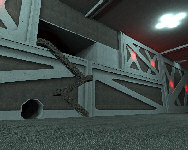 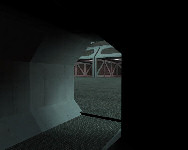 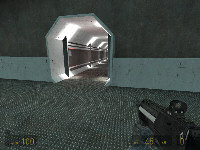 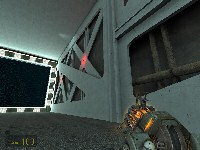 Electronic Arts has announced a special Command & Conquer series anthology. C&C: The First Decade is scheduled to be released in February 2006. There have been other packs of C&C games, but this one is a grand compilation spanning almost everything from 1995's Command & Conquer to 2003's Zero Hour. Each primary chapter's expansion pack is included, bringing the total to twelve titles. The series' first person shooter, Renegade, is also present, but the multiplayer-only Sole Survivor Online is not. GameSpot has more details in an interview with EALA's creative vice president. 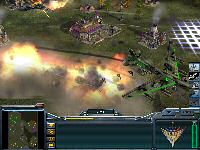 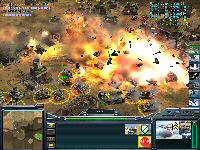 The C&C series paralleled Wing Commander as one of the few successful video-heavy franchises to thrive in the mid 1990s. The franchise now ranks as the fourth best selling PC series of all time. The games' creators, Westwood Studios, were acquired by EA and consolidated in Los Angeles with the Origin properties several years ago. It's good news that EA is willing to dig back into its archives to rerelease software that it acquired in this way. The company is also launching a search for the world's most enthusiastic C&C fans for a special feature in the pack's bonus DVD.