Last month we reported on Privateer themed wallpaper for The Reckoning. It turns out that the source for that scene is a neat video that Bob has arranged. Rather than take video from other sources, this is a new animation that combines various familiar Privateer aspects. It moves to the turn of "Learn to Fly" by the Foo Fighters. You can grab the 21 meg divx here. 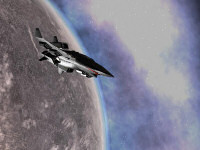 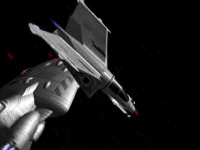 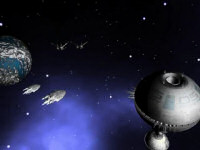 The official Tom Wilson Website has been updated with his latest adventures of the summer. He's performed at various live events and continued to work with Nickelodeon on Spongbob Squarepants. This month he begins filming Larry the Cable Guy: Health Inspector, and a new comedy CD is currently in production. 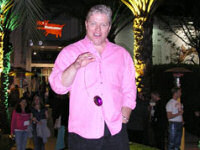 Since the new season of shows was recently completed, Nickelodeon Studios threw a party celebrating SpongeBob Squarepants. Since my solo show of paintings was still on the walls there, I got over my initial shyness just enough to wear a bright pink shirt, climb onto a fountain, and do yoyo tricks.