EA Getting A Jump On The Future

With the official announcement of the XBox 360 last night, EA posted an addendum to yesterday's games announcement. They now have twenty-five next generation games in development, and six of them will be on display next week. They also have a special E3 page located here. 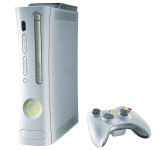 For the past two years, EA has been concentrating on next generation development, deploying experienced EA designers and engineers onto projects that use proprietary EA technology to experiment with next generation visuals, physics, animation and gameplay possibilities. EA is invested in the development of a wide breadth of next generation products, a handful of which will be unveiled at the Electronic Entertainment Expo on May 18-20, 2005.