Howard Day has recreated another fabulous ship from Wing Commander 1. The Salthi now joins his Hornet and Dralthi in the high quality realm. He is still tightening it up, but we expect the completed model to be released soon. 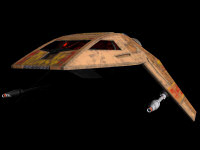 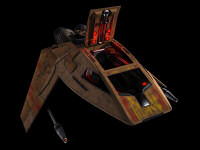 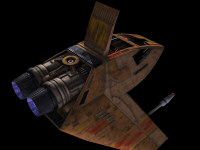 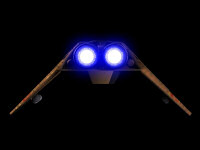 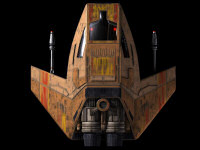 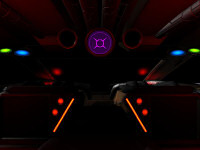 You can grab a three megabyte clip of the ship in motion here. You can also see his Hornet chasing his Dralthi here.

Back in the day, Wing Commander fans used to find comparisons to their favorite series in virtually all space and flight simulator reviews. Although it's not quite as common these days, it's still nice to see references to "Maverick and Bossman" tossed around in brand new sim reviews. LeHah caught this mention at IGN's Ace Combat 5 review.

Kindly, Ace 5 makes up for Captain Snow and Captain Chopper's idiocy by at least recognizing the accomplishments of the player and his or her squadron. It's not like Wing Commander where Maverick and Bossman would single-handedly slaughter an entire Kilrathi armada only to have admiral Tolwyn warn them that the Confederation is losing the war and the next time they fly out could be their last. It's as if Ace Combat 5 was thinking the same thing we always have been: "Why doesn't command just unleash us because we kill everything?"

Just last week Colonel Halcyon yelled at me quite a bit for taking down a convoy of three Fralthi in the Firekka System. To be fair, he chewed me out for disobeying orders to return to base and report such contact. And he was right.