Kilrah Moreira has put together a Wing Commander 3 tribute video that was inspired by the music videos we posted over the last few weeks. This one isn't exactly a music video, but it is synced to the Braveheart Soundtrack. It has a variety of scenes extracted with HCl's movie player. You can grab the 44 meg wmv here. 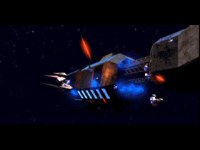 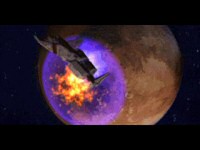 Richard Riehle In The Spotlight

Lumino Magazine has done an interview with Richard Riehle who played Pliers in Wing Commander 4. We don't hear a lot from him, so it's interesting to hear a candid interview.

He loves talking about his character, Tom Smykowski. "He's such an interesting character because he constantly worries about everything," Riehle says. "So much stuff is out of his control, but that doesn't stop him from being in a panic about it. He has grandiose ideas about what he's going to do, but he never gets around to doing them."

"I did mainly theater for 25 years, all around the country," Riehle says. "I was in New York, doing a play, and they were casting "Glory." Riehle was cast, and then headed to L.A., where he played Rooney on the "Ferris Bueller" TV series. This is where he met "Office Space" co-star Jennifer Aniston.

He's been very active with a lot of secondary roles in movies and television. His most recent science fiction role has been as Dr. Jeremy Lucas on Star Trek Enterprise (he also played Batai in TNG and Seamus Driscoll in Voyager), and he is still a recurring character in Grounded For Life. Maybe if he gets just a tiny bit more scifi under his belt, he'll start hitting the convention circuit and we can meet him someday.