Since I mentioned the lack of WC music videos exactly a week ago, the response has been great with several people contributing. First things first, Plywood Fiend has sent us a higher quality version of the video he sent us last week which you can download here. He has also sent us a new video called Tribute to Thrakhath. This video is also done well, but the choice of music is what makes this one special. You can download Tribute to Thrakhath here. 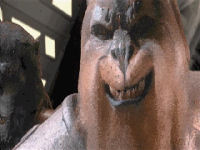 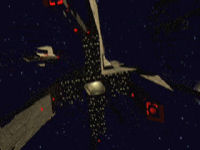 Alternatively if you fancy something a little different, you can download LOAF's WC4 lala video.

Get Out Your Scissors And Glue

As impressive as many Wing Commander fans' digital creations are, I often find our physical arts and crafts to be especially exciting. In the past we've reported on a variety of construction paper models of Wing Commander ships. Akula recently found that I-War fans had made similar models, and some of them are quite elaborate. 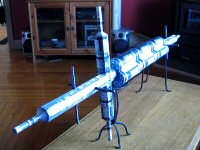 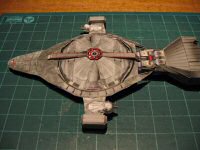 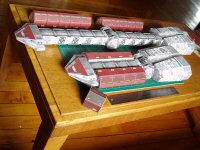 The size of the I-War models is particularly impressive. The Wing Commander designs released thus far have mainly been high-quality recreations of various fighters. You can find instructions on how to build those here.