Turn based strategy games make up a classic PC gaming genre that doesn't always get a lot of attention, so today we're going to take a brief look at the next chapter in the Space Empires series. The SE games began as shareware many years ago and have attracted a loyal following. Space Empires IV was known for its extreme depth and built in support for easy modding. Some basic Confed and Kilrathi shipsets were made for SEIV a few years ago. The series has not seen a normal retail distribution, so it's great to see that Space Empires V is continuing on track and looking good. Other similar games have fallen to the wayside over the years as their developers ran out of money and couldn't find publishers. 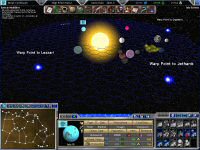 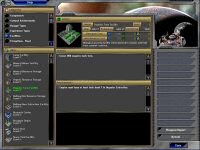 Space Empires V features the usual host of detailed options available in 4X games. New ship technologies can be brought together to build a variety of ships as space is explored and conquered. There is a detailed planet interface with options for diplomacy and research. Multiplayer can be hosted over the internet, turns can be mailed back and forth or an automated web interface can conduct games. The last installment in the game supported 16 player galactic battles, but the SEV may do away with that limitation. 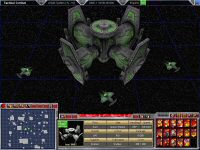 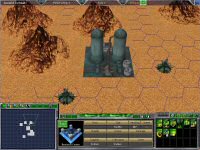 The first Space Empires game was created by Aaron Hall in 1993 as a pet project based on his love for other space strategy games such as Star Fleet Battles, Master Of Orion, Starfire, and Wing Commander...

Their fan community has become quite excited with the recent beta lottery that was just concluded. Space Empires V is expected to be complete by the end of the year.