The Reckoning Searches For Help

The Reckoning team leader Bob McDob is looking for new members following the departure of Warzog, who was previously the lead programmer and lead designer. If you have so experience of modding Freelancer or think you can contribute in some way, you should contact Bob.

If you think you can contribute to the mod, or have worked on it in the past, drop me a line at bobmcdob@gmail.com, or at the team mail of reckoning@solsector.net (they both go to the same place), or catch me on AIM (my screen name's mrmcdob). I've also set up a LiveJournal community here. This is not intended to replace either of our message boards, but rather act as a more organized form of the feedback threads where most of the action has occured in the past. It's still being set up, and is intended primarily as an interim stage until we get a website proper.

The Reckoning is among the few special mods that actually have a decently playable game, so you may find this more attractive than joining a mod that is just starting out.

Corner Suite Studios is working on a new space sim called Remnants of the Stars. It's a free roaming game tied together with an unfolding story. The simulated universe will be a big place, and the engine should eventually support up to a hundred ships in the same area. Versions for Windows, Mac and Linux are expected. The first few screenshots for the game have just been released. 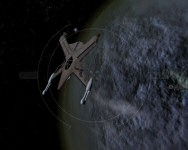 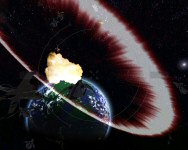 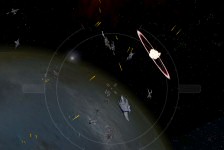 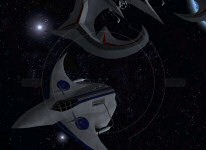 Another famous Austin game developer was shut down this week. Originally Ion Storm was the John Romero studio that created Daikatana, but it later went on to great fame with Warren Spector's Deus Ex and Thief: Deadly Shadows games. However, Spector left the company several months ago, a short time after much of his development team for Thief was let go. With that in mind, the final closure of the studio is not completely surprising. GameSpot has some additional insight on the matter. NCSoft, Sony Online Entertainment and other organizations still maintain strong Austin presences however, and it'll be interesting to see how all the veteran programmers and designers will once again re-gel in the region to create something new.