Major Striker has polished up his Raptor Heavy Fighter and made a package so everyone can use it. It's 18,000 polygons, but does not have associated textures. Feel free to use it in your projects. Major Striker would appreciate the credits. You can grab the 750 k zip here. 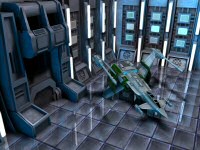 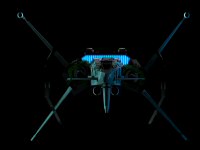 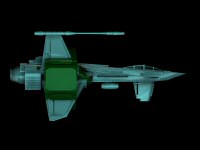 My absolute favorite ship from all of the WC series was without doubt the Raptor from WC1. That bad boy ate Jalthi and Gratha as a main course with Salthi and Dralthi as dessert. Anyway, once again, I went back, revisited it and remodelled it. It sticks very close to the diagrams, obviously there are some cosmetic details that I added as my own artistic flair to the design. (Yes, you get to see the cowling thing again). Once I built it I realized I didn't have a good environment so I quickly threw together a partial hangar.

Amazon now has a listing for Never Call Retreat: Lee and Grant: The Final Victory (not to be confused with Never Sound Retreat of the Lost Regiment series. In June it will make the third book in a Civil War collection William Forstchen is co-authoring with Newt Gingrich. Last year he was supposed to be touring to promote the second book in the series, but little news on that surfaced. Hopefully he'll make some appearances this year for the new title, and some of you will be there to have him (or Newt Gingrich) autograph Wing Commander novels.

A Pro Stick Paired With an Action Hit