When the original Wing Commander was released in 1990, it featured an easy to understand system of Space Forces ranks based on those used by the United States Air Force. When the series made the jump to full motion video, the rank insignia's changed to a series of geometric shapes -- and while the amazing Victory Streak manual gave a comprehensive inter-service rank chart, it did not provide an explanation of what the new symbols meant. With that in mind, the CIC is proud to present an all new article collecting all available information on military ranks in the Wing Commander continuity! We've collected information and graphics relating to ranks from every branch of the service in both the 'talking head' and 'FMV' games... in addition to information on the systems used by factions like the Landreich, Border Worlds, Kilrathi and CIS. There's also some neat color scans from rare Japanese ports of the original Wing Commander, which show the original ranks in an unusual light. We hope that this will be a valuable reference for fans interested in writing fiction or adding background to their mods! (Special thanks to Halman, for helping to locate information from the novels!) You can find the ranks article here.

Commodore, Terran Confederation Space Navy
If you have anything to add, contact us... we'd love to include it -- I'm sure there's a reference to a TCMC Lance Corporal somewhere!

The Russian game publisher 1c is working with a developer named Crioland to produce Star Rush. The game has the unique distinction of being set in a galaxy with parallels to the 19th Century American gold rush. Cyberion reports that it's based upon the Tomorrow - War novel trilogy, which is supposed to be a very good thing. There will be a primary story with some free form play, and combat takes place both in space and during atmospheric scenes. It's yet another Privateer style game with a lot of upgrades and space to explore. The HUD is actually quite a close copy of the Freelancer interface, although I haven't seen any note about joysticks yet. Star Rush is scheduled for release sometime this year. 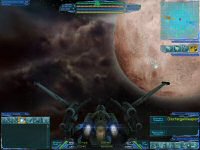 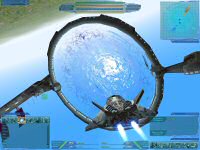 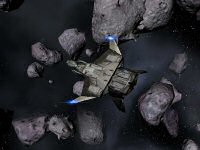 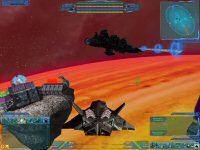 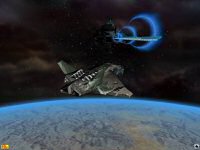 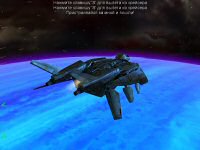