As you've probably guessed by now, the latest HTL chapter is here.. and when you're done reading, Raptor has something he'd like a bit of feedback on.

HTL continues with the third and final part of Scraps Of Honour 14. As you saw in the last chapter, a flight of Border Worlds fighters from the reserves was rescuing a Tanfen VIP transport under attack by Nephilim fighters. During the fight though, Major Jack DeVille finds himself right in the path of a torpedo. This chapter picks up from there, and is written by Nick "Chaeronea" Deane. Please send any and all comments to Nick at babylons@tpg.com.au, not to me.

The story is at: http://homepages.ihug.co.nz/~theraj/archives/ch192.htm

Also, I've been thinking about the shape of the new HTL site, and I've had an idea that I would like your feedback on. As I said before, the site is meant to showcase the HTL project, but I want it to be more than simply an archive. I'm thinking of adding a section called "The Reading Lounge". The name deliberately harks back to the old Aces Lounge, and I want that section to have a similar feel. I'm thinking of having a "Meet The Aces" subsection there (an intro to the Aces and what we do), a "Best Of The Aces" (showcase of non HTL writing), a message board where Aces can interact with each other and people from outside the club, and maybe a forum for news and views. What do you guys think? What else would you like to see? Let me know, and I'll do my best to make it happen.

You can let him know here.

Yesterday I attended the Pokemon Rocks America convention in Seattle. I wasn't just there to have fun on my own though. I also had the CIC staff's Pokemon Fire and Leaf cartridges in tow. Attending the event is a required step in capturing Deoxys. Fortunately the required file could be downloaded wirelessly, so I didn't have to explain to anyone why I had a pocket full of Pokemon games. 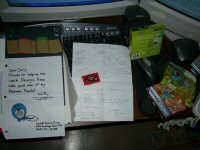 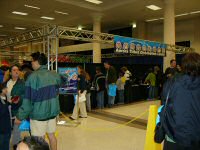 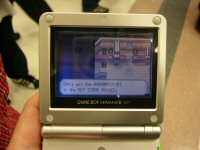 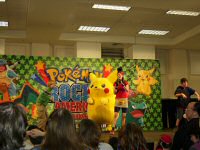 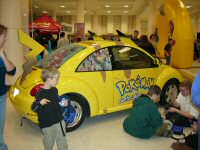 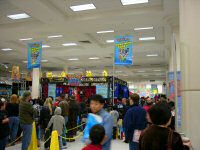