Just over a year ago, Thomas Perl released the first edition of his patch to run the DOS version of Privateer 2 inside Windows. It had problems - but they're now fixed! Version Thomas has released version 2.0 of the patch which fixes such problems as joysticks not calibrating. You can download the new version of the patch locally here, then check this site for installation options. 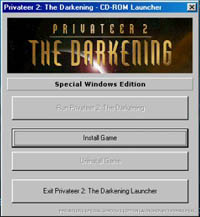