Behind The Scenes: Making The WCM Universe Map

Everybody remembers the intro to the WC movie. It begins with beautiful views of a great looking universe map with pictures of ships and Kilrathi fading in and out. Well, somebody had to create that.. and LeHah found out who! The Lightning Studios site features a video showing the map as it was being made, along with video of the final product as seen in the movie. After it was used for the film, the map was hung in the lobby of Digital Anvil. You can video this making-of video here. The CIC has mirrored the file here as well.

Starman© has posted the latest feature for the upcoming WC Saga mod. It's a very impressive Kilrathi shipyard. This a conceptual piece, as we don't actually see this design in the games. It's pretty much how I'd imagine a Kilrathi dock to be however. A large Bhantkara Carrier is under construction within the mesh of trusses, and command and construction modules are on either side. A flight deck for fighters and maintenance craft is also included. 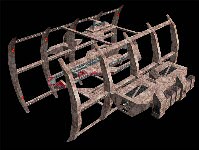 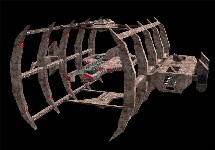 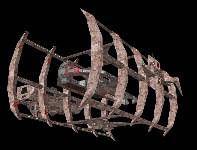 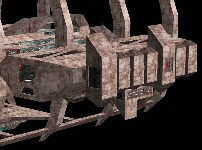 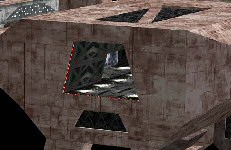 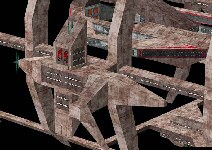 Well, unfortunately we never get our eyes on one of those, but here is my idea of a Kilrathi shipyard. It's big enough to house even a Bhantkara class carrier. It's not certain that it will make it into the mod, but I wanted to post it anyway.

You can find more shots and provide feedback on the design at Crius.net here.