Mark Vearrier (WC3, WC4, WCP, WCSO - and the man who gave us these very cool images) is back with some even cooler Wing Commander auctions! Here's the details:

Prophecy Hero's Medal: This is the prop medal awarded to Lt. Casey at the end of Wing Commander Prophecy. It don't believe it's ever given a name in the game, but it's certainly styled after the American Medal of Honor (and therefore may be the modern equivalent of the 'Pewter Planet' medal of honor given out at the end of the original Wing Commander). (9.99, 4 Days Left)

Prophecy Medal & Ribbon: This is the prop medal given to Casey roughly half way through Prophecy. It's referred to in the FMV as the "Confederation Flying Cross". These medal auctions are very cool - they're probably the only examples of these props ever created, and they certainly look amazing. (9.99, 4 Days Left

Large Confed Patch: Love the Confed 'Unified Space Command' logo? Well, then, you'll want an EVEN BIGGER version! This is the large patch that could been seen on Casey and Maestro's duffle bags in the introductory video sequences of Prophecy. (9.99, 4 Days Left)

Prophecy Squadron Patches: This is a set of the 'squadron' logo patches used in Prophecy (Diamondbacks, Black Widows and Wolfpack). These patches seem fairly rare - I've only ever seen a lot of them appear once before! (The only rarer patches are, I believe, the Kilrathi Saga dev team and the WC3 'Unified Forces' logo). (9.99, 4 Days Left)

WC4 Costume Patches: These are the famous faction patches used in Wing Commander IV's massive film shoot. They marked the Terran Confederation, Black Lance and Border Worlds uniforms. There are a number of these sets out there... but there are also a lot of copies comissioned by clubs and web sites - so make sure your WC4 patches are real by buying straight from the source! (9.99, 4 Days Left)

WC3 Movie Poster: Here's one we haven't seen recently - a Wing Commander III movie-style poster. These are very high quality posters which were given out on a limited basis to people who pre-ordered Wing Commander III way back when. Since collectors went for the 'Premiere Edition' and regular people didn't care about a poster, they're few and far between. Signed by Chris Roberts and Mark Hamill! (9.99, 4 Days Left)

WC4 Movie Poster: The less I say about a Wing Commander IV poster the better. Spend as much money as possible on this! Only twenty WC4 posters were made available to the public, as part of a contest back in 1996. Plus, it's signed by Chris Roberts and Mark Hamill. How cool is that? (9.99, 4 Days Left)

So, get out there and spend some money! Mark Vearrier is also selling two other Origin-related items: a Chris Roberts-signed Bad Blood Print and a lot of signed Ultima Stuff (including an Ultima VII - the game that features a cameo by Wing Commander II's Bloodfang fighter). You can see all the auctions at once here. 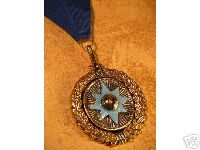 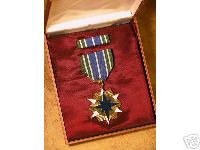 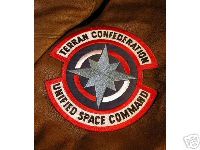 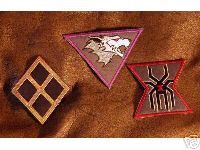 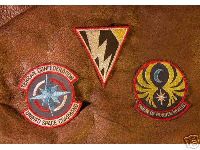 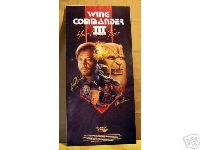 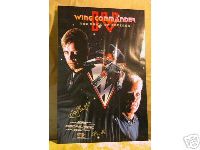 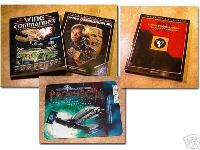