Apparently people actually pay attention to the some of the stuff I say. Wildcat dug through his vault to produce some nifty models that ultimately didn't get used for a project, but you can take a peek at them now.

Well, I saw Chris' comment in the news about the lack of new models lately so here are a few that I made a while ago, complete and otherwise. It's been a while since I did any WC related stuff, but these models were for a site I was planning on making with models for anyone who needs them. It's still something I want to do some day.

I can understand that sentiment. These are some fun ships with some personal touches. His unique style and coloring is neat for a change. Feedback on the designs are welcome here. 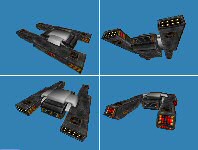 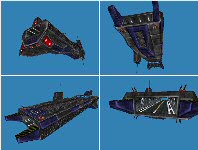 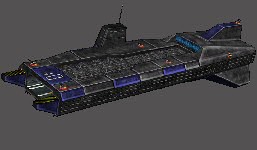 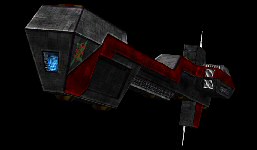 We like polls, and we especially like polls that include about Wing Commander. It looks like LancersReactor is running a general space sim survey right now. They're trying to find out which space sim sequel you want next. Not surprisingly, Freelancer 2 is in the lead. Wing Commander and Privateer get 15% of the vote though, and that is slightly surprising in this context. After WC, I wouldn't mind a new Starlancer myself. Sadly, none of their options are officially in development, though I'm quite sure we'll see a couple of them some day. You can vote in this poll here. Have a good day.