Jutland Makes it into Secret Ops

The Standoff team has released pictures of the Lynx-designed Jutland carrier concept operating in the Secret Ops engine. This popular new ship has been slightly redesigned to match the Wing Commander 2 era design of the Standoff ships. In recent news, the team has added staff to handle certain aspects of music and voice overs. With much of the graphics and ship work well established, story audio and mission design remains. You can find the latest news on the project here. 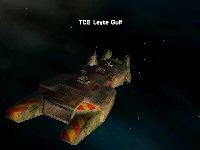 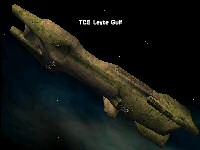 You can find more screenshots at the official Standoff site. We previously reported about their work in progress models some weeks back. The same ship presented in the Freespace 2 engine are also available.