Back in September Chris reported on some WC Saga models with specular maps added to improve their appearance. Earlier this month Tolwyn released a screenshot of the TCS Victory with specular mapping in the Freespace 2 engine: 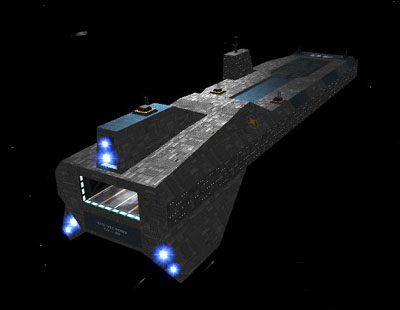 The Wing Commander Saga project has a forum on Crius.net.

A lot of WC fans back in the day were hugely disappointed when Sierra decided to cancel their space sim game based on the hit show Babylon 5. Some people responded with a petition while others attempted to make a Prophecy mod. Now the idea has been taken one step further with a whole new game created by fans! Going by the slightly odd name of "I've Found Her" the game is still in fairly early stages, offering a prequel campaign. Weighing in at 220MB, it's quite a hefty download. You can find out more from the game's site. There are no screenshots on the official site, but this Gamer's Hell page has some.