Another Look at Ultima X Odyssey

We haven't really taken a good look at Origin's Ultima X Odyssey since it was announced this past summer, and there have been some various developments since then. I'll frontload this update with pictures. New ones have been steadily released and they look pretty neat. 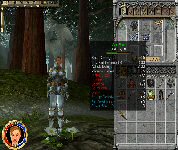 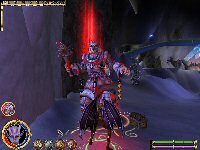 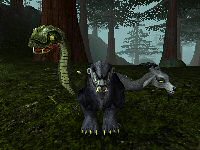 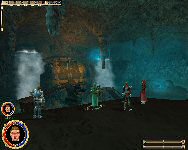 In these shots you can finally see more of the interface and a couple of rather cool animals/monsters are revealed. A number of videos are now available for UXO as well. In their Download Area you can even find footage from the Premiere Event. The Origin Museum's Joe Garrity can be seen and heard throughout. AIM icons, wallpaper, music and other bonus downloads can also be found here.

System requirements have not been finalized yet, but the release date is tentatively set for about March. A pricing structure has been announced as well. Subscribers to the original Ultima Online will also get a discount on a dual subscription.

Ultima™ Premium Pricing
For players who want to play both Ultima Online and Ultima X: Odyssey, we offer reduced pricing on Ultima™ subscriptions. The result is that you’re getting both Ultima games for one low subscription rate, even though you are being billed separately for each game. $19.98 each month for both, a savings of $6.00 per month, $54.98 every three months (about $18.33 per month), a savings of $15.00, & $99.98 every six months (about 16.66 per month), a savings of $20.00.

There should begin a public beta soon, so stay tuned for information and signups on that. CIC staff member ace and many other Wing Commander fans were part of Origin's original UO beta back in 1997. I remember when the idea of a massively multiplayer game sounded so crazy and high-tech. Now there's a new one each week. But I'd keep my eye on Origin and keep my fingers crossed so this one does well.

As we reported last month, the Wing Commander movie will be showing on the Sci Fi channel on Saturday. It begins at 12:30 pm Eastern US time. That's shortly after noon. Or you could buy it from Walmart for $5.88. Or both!