I've been looking forward to Crimson Skies for the XBox for quite a while, and I just got the chance to introduce it here. Drumroll please... Gaming Age makes an ever-so-fleeting reference to Wing Commander in their review of Crimson Skies here. Aside from that, I got a chance to play this one a bunch at E3 and it's pretty great. Justin and I ranked 15th and 16th in the Crimon Skies tournament they were holding. The game is pretty easy to get into and apparently has a pretty compelling story. The alternate-universe 1930's dystopian North America backdrop is pretty neat. Because of inter-state feuding, regular lines of transit have broken down and people have taken to the air to conduct their business. There are a variety of different fighters that will be the foundation for your gameplay, but you can exit and mount antiaircraft guns or hijack opponent's planes. Massive aerial zeppelins fly around and go up in very impressive explosions when you torch them. What really seals this one is the impressive multiplayer over XBox Live. Several of us in #Wingnut will be playing later this week, so drop on by if you'd like to join us. It's the closest game to Wing Commander on XBox Live so far. 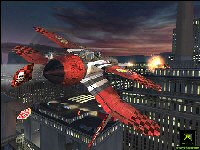 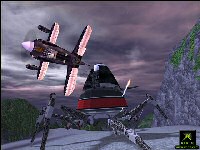 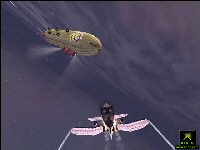 From Star Wars and Wing Commander, to Star Fox and Top Gun, flight combat games have been around for nearly as long as vector graphics and simple polygons have existed.

I ranked 1st in the Mario Kart tournament. Still looking for a good opportunity to update about that one..