With the announcement that over a million GBAs have been sold in the area, Nintendo has announced that Europe will soon be getting the Arctic Blue and Flame Red GBA SP devices. Flame was recently confirmed for the US. The Arctic Blue looks a lot like the Platinum Silver at first, but has a frosty blue tint to it. It's similar to the Mana Blue color recently announced in Japan. You can find more on this announcement here. 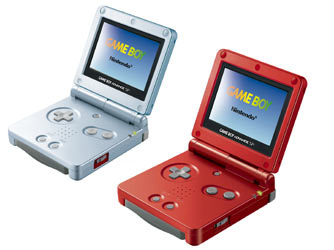