It's been a busy week so our regular news posting has been disrupted slightly. So today we're going to borrow a bit of Wedge's recent screen grabbing. With the help of MyJEMM, Wedge snapped these familiar Privateer planetside locales in their original 320x200 glory. At least for me, these small little screenshots bring back a ton of memories. If you have Windowx 95/98/ME, you can run Privateer with MyJEMM here. If you have XP and a powerful computer, Darkmage says Connectix's virtual PC software might work. 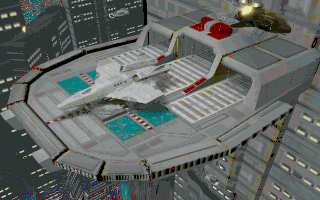 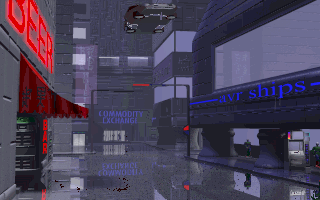 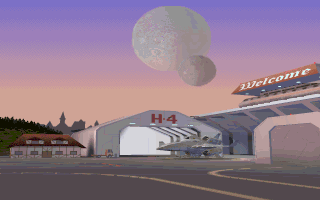 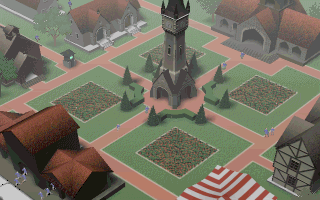 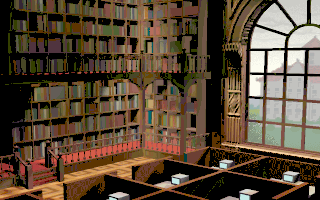 These images bring back memories for you too? You can discuss them at Crius here.

Seattle to Open a Sci-Fi Museum

Seattle is home to a number of filthy rich people who do neat stuff like this. Microsoft cofounder Paul Allen will be expanding the Experience Music Project to house the world's first science fiction museum. I'm not sure how that meshes with Joe Garrity's decade-old Origin Museum, but I'll leave that for the historians to sort out later. The Science Fiction Experience will open in 2004 with many different types of rare and exotic science fiction memorabilia. If you happen to know anyone associated with this project, don't hesitate to let them know we're more than willing to contribute to ensure Wing Commander is represented. I might have to do some local inquiring myself. CNN recently wrote an article on the upcoming museum here.

Flanked by science fiction props such as Captain Kirk's original command chair from the "Star Trek" television series, classic science fiction books and movie banners, Allen said the $20 million non-profit endeavor would provide "entertaining and thought-provoking exhibits" for visitors... Among the items on display will be a complete set of autographed first editions of the Foundation Trilogy by Isaac Asimov, a collection of "Astounding Science Fiction" magazines and artwork depicting the future.

Next we have polaroids of the wonderfully cheerful Major Karl "Spyder" Bowen, played by Brad Greenquist.