I hope people of all races and religions can take a moment today to rest and join the CIC as we celebrate the birth of the Easter bunny. 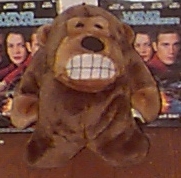 Our resident expert at taking Disney pictures and adding Wing Commander stuff to them has done it again.

Was tinkering with some .tga files in a PC game I have, "Treasure Planet: Battle at Procyon", by Barking Dog Studios. It's actually a pretty good game. Shame that they didn't have any moding tools to go with the game. Anywho, Disney's "Treasure Planet" might be considered their equivalent of the Wing Commander movie. But I still liked it. And the game, and I hope you all like the new... improvement I've made for this game. ;-)

Unfortunately we don't need to make a caption for this one.