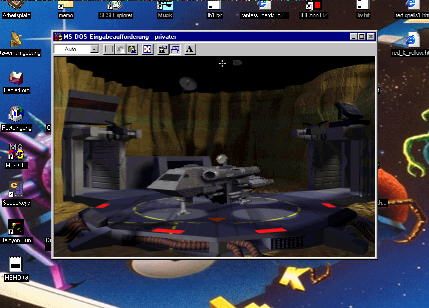 Eve Online is a massively multiplayer space sim we really haven't given much attention to. It's scheduled to be released within the next few months, and they've just entered one of their final beta phases. If you're looking for a decent looking space sim with really amazing visuals, a massive persistent universe and somewhat more traditional flight control, Eve Online might be for you. The beta is free, and they are accepting applications now. You can find apply here.

Haesslich let us know that Nintendo will be releasing a special battery upgrade for its amazing new Gameboy Advance SP. The standard lithium ion battery current lets players play for 10 hours with the light on or 18 without. The uprated model will deliver about 18 hours of lit play and some 30 unlit. That's a lot of Prophecy time! It hits Japan next month for roughly $16. GamesIndustry.biz has an article on it here.

Tom Wilson does his best Elvis impression.. complete with burrito in mouth!