Between our Files and Music sections we've collected nearly ten gigabytes of Wing Commander downloads here at the CIC. The really interesting things can get lost in the crowd, so from time to time we're going to put something in the spotlight.

A number of movie clips were cut from the PC edition of Wing Commander III for a variety of reasons. The in-game interface for the TCN Newsbriefs was not finished and there were disc space constraints. Wing Commander 3 was produced on the first generation "60 minute" CD-ROMs. It was not until Wing Commander 4 or the console ports of WC3 that the more standard 650 megabyte/74 minute discs were used. Fortunately people have been able to recover the "lost" scenes that were later added back to the PlayStation and 3DO ports. 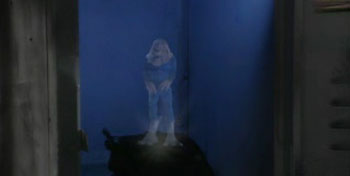