Behind the Scenes: Selling Privateer Online

Before Origin could develop Privateer Online in the late 1990s, they had to sell it to Electronic Arts. Alert readers are already familiar with the Privateer Online Design Layout (available in our Document Archive) submitted to the corporate office to explain how the game would work. To go alongside this document, the team also created a multimedia website to help sell the game. Thanks to an anonymous donor, you can now find that site here. The best part? The site features several never-seen-before preliminary ship renderings from the lost game! 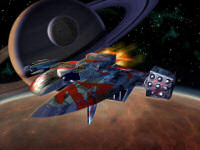 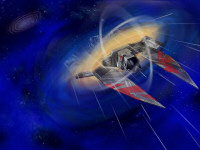 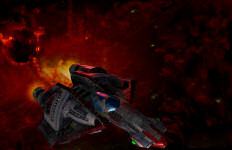 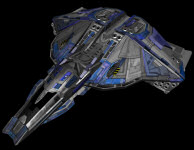 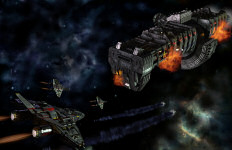 The first couple shots appear to be a modular Vaktoth. The Crusader and Aurora, heavy fighters in the Border Worlds and Confed arsenal, are pictured next, and if you look closely, the last shot even has a swarm of Piranhas and Devastators.

Origin has an extreme edge over the competition with its strong properties like Wing Commander and Ultima. While most companies are struggling to create these properties AND communities from the ground up, Origin has several properties that fit perfectly in a persistent world environment. Each of these properties has an established loyal fan base and history that has been adored by fans for years. The next Origin property to go online? Wing Commander: Privateer.

With all that said Privateer with the strong universe backing and proven Wing Commander history proves to be the most extensive, entertaining and encompassing space based Online community in gaming history. PERIOD.

There's a ton of detailed information buried in the Privateer Online site, so make sure you check out all the various sections and links. Don't miss the areas describing how the game might control in flight, how players could interact and how ship components would combine to create over half a million different combinations. Potential sectors and systems are also diagrammed in detail. You can find a brief article describing the circumstances around Privateer Online's cancellation here.

Wing Commander Online Was Another Attempt

Privateer Online wasn't the only online Wing Commander game that met an unfortunate end. We've previously reported on concept art from Wing Commander Online. These images were on the drawing board in 1998, a year or so before the game was cancelled and the Privateer Online project was begun. There are some similarities between the POL and WCO concept shots, but they were made by different artists. You can find more here. Although it's sad that these games were never produced, it's really exciting to get an inside look at what would have been.