The Wing Commander Battle Stations project has been quiet for several months, but Daniel Brito and team are back at work now. The project had to be restarted due to some major technical difficulties, but a small tech demo has been released. You can find the 1.5 meg file here. There are no enemies or levels implemented, but you can fly a couple ships and shoot a few guns to get a feel for how the game will control. You select ships with Enter, fire with Control and move with the arrow keys. G switches guns in the Rapier. 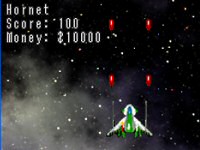 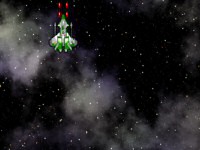 Since the main story of WCBS is that you are a mercenary squad, the new version will allow you to buy ships, weapons and missiles. It will feature a winning and losing path like Wing Commander. Player ships will have weapon energy and shield energy.

Let this also be a lesson to other fan projects out there. I've heard of more than one project that went away due to crashed hard drives. Back up your data!