Klavs81 has been hard at work this week! The new designs he shared recently are already online to purchase at Shapeways. Fighter Pack 3 features the fearsome Jalthi and workhorse Scimitar. Fighter Pack 4 includes a heavy Gratha with Krant escort. Some of the ships are also available individually, and half a dozen other designs are also available. If you pick some up, be sure to send in pictures! 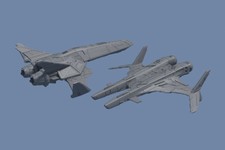 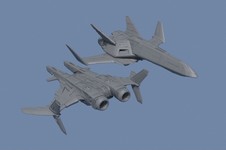 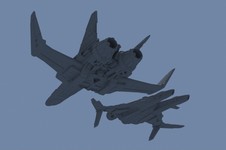 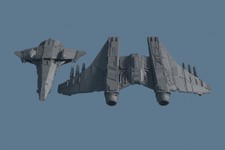 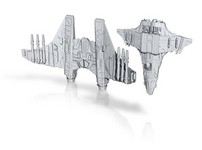 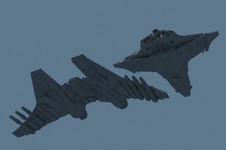 I had to limit it to 2 ships per pack to keep the prices similar to the other 2 packs because Kilrathi ships are BIG!

And the 1/300 scale versions of those ships were capping the $100 range, so I decided to discontinue the 1/300 scale line for now until I can get my own 3d printing system. Existing 1/300 models are still available, however.

Disclaimer: I won't have the funds to prototype these in the foreseeable future, but they passed Shapeways initial tests and should be produce able. If there are any problems, Shapeways will issue you a coupon code that amounts to a refund with store credit, and I'll get a note that something is wrong, and try to fix it so you can reorder and get the model.