Many of us are familiar with the talent that voiced Blair, Maniac, and Tolwyn in the animated TV series Wing Commander Academy since they were the same actors that portrayed the Characters in the live-action footage from Wing Commanders 3, 4, and Prophecy. Not as many of us are as familiar with the voices behind the other main characters in the series.

If you head on over to www.danadelany.com you can get familiar with the voice talent behind Gwen 'Archer' Bowman. Dana also happens to have a new show 'Body of Proof' premiering at the end of the month on ABC network, so chances are you're going to be seeing a lot more of Dana in the months to come. In the show Dana plays a former neurosurgeon who takes a job as a Medical Examiner. In the meantime, don't forget to download Academy here and watch Dana's most important role to date. 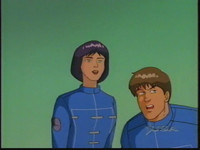 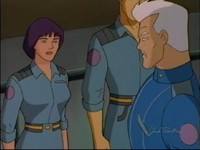 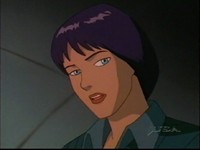