Malaysian DVDs Under a Microscope

AD was recently exploring the Malaysian internet for Wing Commander products, as one does, and came across a couple of fun finds on DVD. The first is a hilarious bootleg that uses the Wing Commander Arena logo as its title art. You can tell it's a fake because of the tiny Super Wing Commander-inspired Rapiers streaking away from the word ‘Wing’. The back also uses shots of the pilot nose art. The second version seems slightly less suspect since it appears to be from Speedy Video, which appears to have had some official ties to Fox. While we would naturally recommend people seek out legit versions wherever possible, we can also appreciate the creativities of WC fans in places where there are no other options readily available. 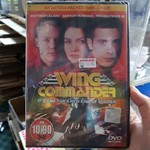 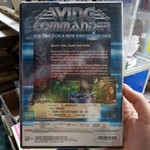 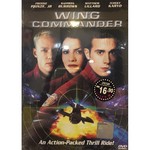 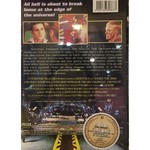