LotsoRobbinBear has found a long lost easter egg built into Wing Commander 1. He was playing through the Vega Sector in such a way as to hit all of the losing track systems when he came across something odd in Brimstone 3. When he kills all the fighters, things proceed as expected. However, if he kills Maniac as well as all the fighters, he is awarded a Bronze Star! Normally, losing a wingman (even Maniac) results in a reduction in medal points that would often disqualify you from an award. In just this system, the opposite is the case. This isn't random either! Recall that at the start of the Brimstone series, Halcyon gives you permission during the mission briefing to shoot Maniac down if he disobeys. This is apparently not just idle chatter - the game mechanics have been slightly tweaked to reward the player for following through! It's pretty neat that this has been hidden in the code all this time! Check out the CIC Forums for all the investigation and math that verifies this. 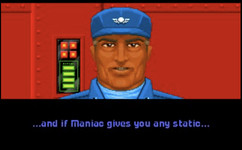 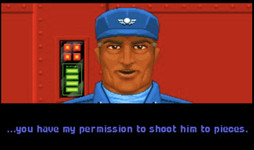 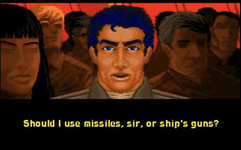 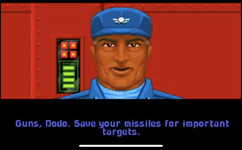 So I had a very strange experience that no information I could find on the internet could explain. I've searched the forums here and couldn't find anything directly relevant (so my apologies if this has been asked before and I missed it). I'm currently doing a 'losing campaign' play-through of WC1 (i.e. so I can play all the series you miss if you win all the time). I met the full victory conditions for Brimstone 1 & 2, but in order to lose the series I am not killing the Dorkir in Brimstone 3 (provided I can retreat from it before Maniac kills it).

Now in trying to accomplish this, my aim was to get 8 kills (i.e. 2 Jalthis & 6 Krants) then get back to base, while keeping Maniac alive. However, on one of my attempts Maniac died before I could kill all the Krants, so I went back to base with the 8 kills (leaving the Dorkir alive) just to see what would happen. Of course I get dressed down by the Colonel for failing the mission (he didn't care about Maniac dying lol), however for my failures I am rewarded with both a Bronze Star and a promotion!

This is the opposite of what LotsoRobbinBear was doing 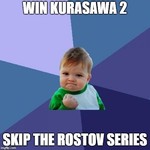