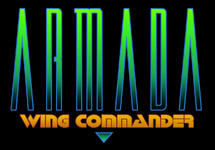 capi3101's latest role-playing project is an exciting "pen and paper" translation of Wing Commander Armada! The setup is fun and easy: players can use any Wing Commander sector for their battle. Gameplay pieces are comprised of capi's printable WC tokens and several dice. The rules have been summarized at the wikia WCRPG page here, and a printable rules PDF is also available at the CIC Forums. Give it a try and let everyone know what you think!

One of the big problems with creating all those counter sheets is that I really didn't have any specific pnp games in mind when I did them. True, I was pretty sure I could use some of them with TacOps (and later WCRPG), but the vast majority of them would be sitting unused for who knows how long. So, I decided since no games yet existed that would take advantage of those counters, I should probably make a few. And a pnp adaptation of Armada seemed like a good place to start.

I'm happy to announce that I completed the first draft of Wing Commander Armada: PNP this afternoon. The rules are currently online at the WCRPG wiki, at http://wcrpg.wikia.com/wiki/Wing_Commander:_Armada_PNP. The game is a reasonably faithful adaptation of the original (at least in my humble opinion). Of the counter sheets, it only requires the logo sheet (used as "Production Points" and "Claim Tokens") and the Armada Strategic sheet. I will probably need to work up some custom maps at some point; right now the rules suggest using the maps available from CIC.

The game is a first draft and it has yet to really be playtested at all (though I did do a pretty thorough check of the combat system while drafting the long combat example), so I'd definitely appreciate some help on that front. Anyone who has any comments, questions, concerns, complaints, etc. regarding the game may reply to this thread.

The voting period is starting to wind down, but it's not too late to make a difference! This is the last week to vote for nominees of the CIC's annual Fan Project & Web Site of the Year awards, and results will be posted next weekend. Head over to the voting page if you haven't cast your vote yet! 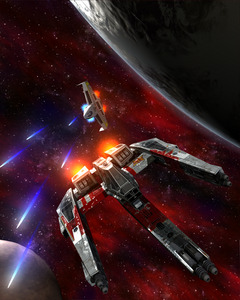