The Star Trek Online is due for release in just two weeks, and the open beta is in full swing. AD took some time off from patrolling the Eta Eridani Sector to show off his super cool USS Tiger's Claw. The ship sports a ferocious green and white custom paint job and a pair of underslung engine nacelles. Spaceflight is pictured below, but the game also includes a third person character mode. As an alternative to the $15/month fee, $120/year and $240/lifetime subscriptions are available. It looks like a lot of fun for people with time for an MMO and even a slight interest in the franchise. 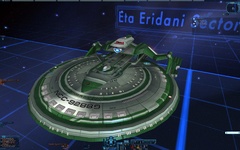 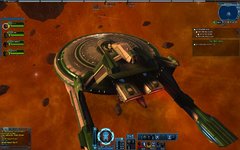 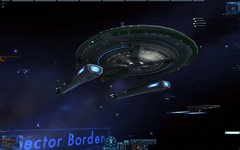 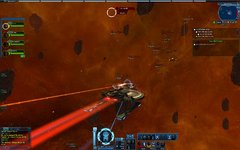 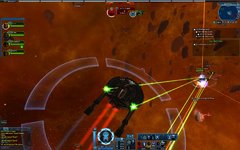 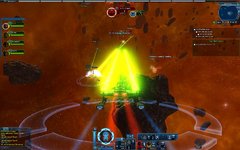 I finally got on last night, though I'm still having issues with it this morning... Played for a bit. It's nice and smooth in space combat, but it's glithy as hell on a base with other players running around. I think it's just lag though since turning the graphic effects down doesn't seem to smooth it out significantly. As a result, areas loaded with Human controled characters are painful. There's some neat options at HQ but it was almost impossible to move.

That said, space combat was actually pretty good and some of the missions were nice. Though I did run into at least one where I need some extra Human players since I was outgunned and outnumbered. And the "Away missions" are a suitable diversion. Not sure how they will play out over the long run. Third Person shooter play (of sorts) is not as fluid as I would like. But the various customizing options of your bridge crew and away team are nice.