It's been some time since we've seen a progress update on the WC4 Homeworld 2 Mod, but the existing playable game is still making waves. Fwiffo has made an exciting video demonstrating an epic battle between Confed and the Border Worlds. Check it out here. If you haven't seen the game in action before, the massive fleet battle shown should really impress. HW2 owners can also download and play the mod for themselves here. 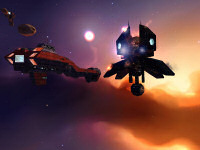 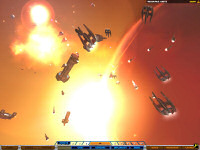 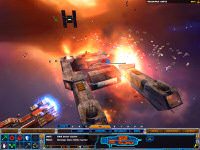 This battle was one of my first games testing the mod out, and it is a fully functional modification. I plan on making more videos as I gain experience. I'm playing as the Union of Border Worlds against Confed.