Get Scout of Here

Tolwyn has revealed a new original ship from the Wing Commander Saga mod for FreeSpace 2: the Terran Confederation scout ship. In my day, we just renamed transports! He says:

One of the most well-known Terran vessels encountered in WC2 is the civilian Free Trader, which in some cases, is much more then meets the eye. One of these special cases is the infamous Bonnie Heather, which was in reality a high-tech special operations ship captained by James "Paladin" Taggart. The WC Saga Team wishes to show their version of the ConFleet Intelligence Scout. This ship is intended to be the missing link between older scouts such as the Bonnie Heather and the Bannockburn (mentioned in the Fleet Action novel), to true cloaking scoutships such as Zachary Banfield's "Highwayman" and the Landreich stealth scouts mentioned in the False Colors novel.

The true speed and capabilities of these scouts remain classified to the highest level. In addition, ConFleet Public Relations can neither confirm nor deny rumors that the latest Terran spy scouts are being outfitted with prototype cloaking devices. 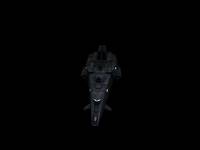 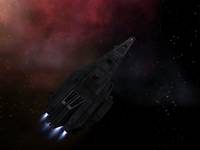 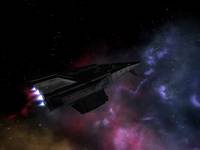 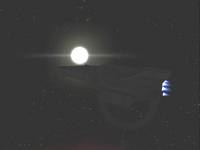 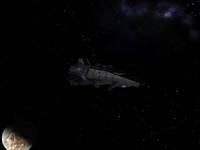