The WC Saga team has released a campaign that mirrors some of the first few missions of Wing Commander 4. The package is a result of extra game models and the need to test mission branching and video integration. To try it out, first install the WC Saga Prologue. Then unzip this pack (75 meg zip) into the Prologue's install folder and select "Wing Commander 4 Demo" in the game's campaign select screen. 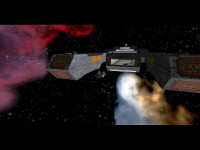 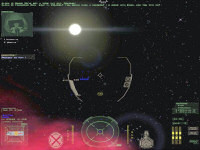 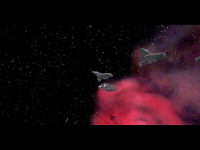 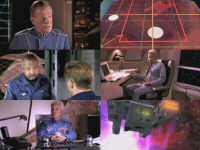 As some of you might be aware, a set of unused Wing Commander 4 models for was released a few weeks ago. The set included the Avenger, Banshee, Vindicator, Durango, Bearcat, Lance, marine shuttle and a prototype of the Stormfire gun.

I have created a loose remake of eight missions from Wing Commander 4 to showcase these models. The demo package features the original voice-overs of Mark Hamil, Jason Bernard, and the other classic WC4 actors who were highlighted in these missions. Briefing sequences are also included.