Joe from the Origin Museum stopped by #Wingnut to show off a few of his latest rare Wing Commander finds. The first image is a Wing Commander 3 luggage tag. Second is an Origin squeeze & float keychain that was made to celebrate the company's anniversary in 1994. We then have three shots of Joe's Wing Commander 1 & 2 marker pen set. These were manufactured exclusively for South Korea through a company called SKC Soft. They're now known as WizardSoft. 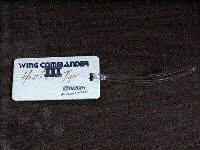 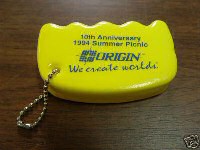 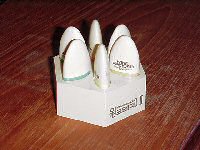 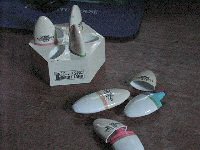 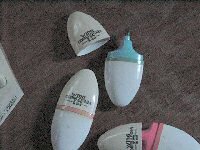 LOAF and Joe keep amazing us with the extraordinary merchandise they can find. Speaking of which, LOAF is currently on assignment in Texas trying to discover even more exotic things. If he finds anything that we can reveal, you'll see it here. You can find Joe & Paula's Origin Museum here.

We're still getting a feel for how much Academy we can serve off the primary CIC server here, so Episodes 3 and 4 are now available. Episode 3, The Most Delicate Instrument, clocks in at 62 megs. Episode 4, Word of Honor, is 68 megs. The earlier episodes can be found here.