This is the workhorse of the mercenary community. The Centurion is a heavy fighter with the ability to do almost any gun-for-hire work. The limited cargo hold can contain more than an overnight bag but not by much. This is a ship for those pilots who love to fly, but it won't make you a living on the trade circuit.

Cockpit. High visibility. The dome cockpit of this single-seater affords the pilot a clear view of his target. Ride is comfortable at high speeds and in tight turns. It has one MFD, along with standard armor and radar displays (see illustration). Instrument placement is intuitive and easy to read; overall design is highly ergonomic.

Speed/Maneuverability. I've been very impressed with the roll rate of the Centurion, although light fighters such as the Talon easily outmaneuver it. For a fighter of its class, this ship offers clean tight flight dynamics. Supports engine upgrades through Level 3.

Ordnance/Protection. A rear turret is a popular option for this ship. It supports up to Level 3 shield upgrades. There are slots for four guns and two weapons or tractor beams, even without a turret.

Overall Performance Rating. For the mercenary community this ship earns an A while those with more mercantile ambitions find its small cargo hold, and inability to support a cargo hold expansion a definite turn off. Consider your needs before investing.

CENTURION
If you sell your Orion you will have enough credits to buy a fully-equipped Centurion. If you are flying a Galaxy, you will need an extra 100,000 credits to make your purchase. The Centurion is an extremely fast and maneuverable fighter. If you're a good pilot, you can probably survive with Level 2 shields. but you should eventually upgrade to Level 3. 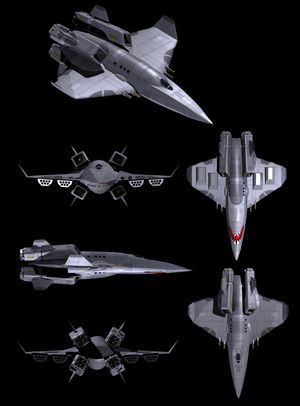