Wing Commander virtually created the space combat simulation genre when it arrived in the fall of 1990. It wasn't the first game where players flew a ship around in space, but it was the first to combine cutting edge graphics, a branching mission tree, complex characters and an exciting storyline. As a rookie pilot aboard the TCS Tiger's Claw, the player was introduced to the vicious feline Kilrathi. Over the course of dozens of missions, the Terran Confederation managed to force the Empire of Kilrah out of the Vega Sector. PC gamers used the original Wing Commander game to show off their powerful new 386 machines to their friends. The game exuded style and polish from the cockpit hand that followed players' joystick movements to the dripping bucket in the barracks. 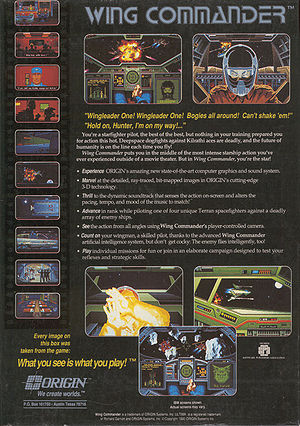 You're a starfighter pilot, the best of the best, but nothing in your training prepared you for action this hot. Deepspace dogfights against Kilrathi aces are deadly, and the future of humanity is on the line each time you fly!


Wing Commander puts you in the middle of the most intense starship action you've ever experienced outside of a movie theater. But in Wing Commander, you're the star! 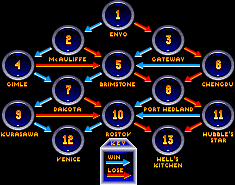 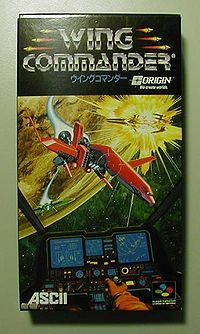 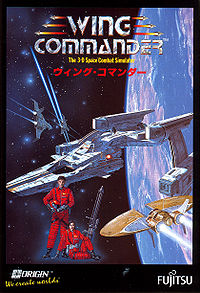 This is 'Super Wing Commander'. All of the graphics are redone in Privateer-level VGA. It has some new 'bridge' plot points (characters occasionally mention stealth fighters) and a 'middle' set of addon (SM1.5!) missions about blowing up the Sivar's base. Full speech, ships look different, people look different, etc. Amazingly, of all the ports this one *plays* most similar to the original game.

Low (32?) color graphics version. The only real difference is that the fighters menu in the trainsim has 'rotating' images of the fighters instead of simple VDU line drawings. No one in the universe knows why this is. (People often say that the music sounds better in the Amiga version... but my experience is that it sounds fairly similar to the original game's music played on an MT-32 or LAPC-I.)

Identical to the original A500 Amiga version, except with 256 color graphics.

Visually identical to the PC version - the only significant change is that it has a Redbook audio soundtrack instead of MIDIs and Japanese speech inflight. The FM Towns is a Japanese computer. They were the first computers to ship with CD-ROM drives standard -- so the FM Towns ports of many early Origin games have full speech (Ultima 6 is the famous one).

The SegaCD version is visually similar to the original PC release, but it also includes full speech (and the requisite awkward console control scheme). The Sega CD was called the Mega CD in Europe and Japan.

Another low (16?) color version. The SNES version has a host of weird Nintendo-requested minor changes (the Blue Devils are the 'Blue Angels' - things like that). There's some obvious tricks to get around the low amount of memory on an SNES cart, too - for instance, SNES WC1 doesn't have unique graphics for the Jalthi... it's just a Salthi that's been turned green. There is also a seperate, stand-alone SNES version of the Secret Missions addon... it's fairly cool, as it includes a unique intro sequence (Kilrathi talking about the Sivar weapon) and an 'extended' Tiger's Claw takeoff scene that makes use of some Mode-7 landscaping stuff. 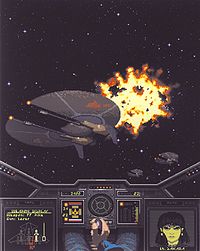 Mock-up of the original Wing Commander box cover art shown at COMDEX, the Computer Dealers' Exhibition. It is the earliest known piece of Wing Commander artwork.

Computer Gaming World article about professional artists working on video games -- which, it's hard to believe, was a fairly new concept at the time. The exciting aspect for Wing Commander fans, however, is the picture seen below (left): a landscape which was designed for but not used in the original Wing Commander. The caption reads: "'Water World' (Glen Johnson) Landscape removed from Wing Commander." Where could it have appeared? It's anyone's guess -- but a water planet, Hurricane, does appear in one of Wing Commander's winning/losing cutscenes -- it's pictured below (right)

These music files are originally in .rsn format. See here for information on how to play these on Windows or Mac.

The music for the Amiga port of Wing Commander I is in .mod format. There are a variety of ways to play .mod files on modern systems. You can also download convenient MP3 conversions.

This category has the following 8 subcategories, out of 8 total.

The following 10 pages are in this category, out of 10 total.