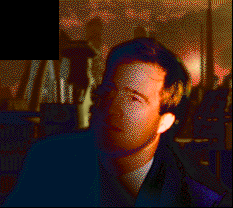 BACKGROUND:
Before his death, when the transport ship Canera crashed into Mendra City, Larn Regis was one of the richest men in the Tri-System. He was the Chairman and major stock holder of Richmond Intergalactic, a corporation with a net worth of 345,679 Billion Credits. Since his death, however, his financial dealings have been scrutinized by the CIS in connection with Ricaud Interplanetary, the largest industrial concern in the Tri-System.