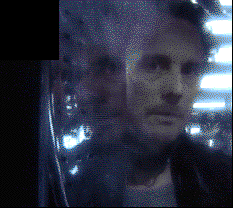 BACKGROUND:
An unpleasant and unstable individual, involved in both criminal and legitimate enterprises. His company, Taffin Reclamation, specialises in salvage, particularly starships. However, this also serves as a front for him to fence stolen and pirated goods. Has served 8 years on Hades for such offences and has not been apprehended since, although his operation is under CIS scrutiny, particularly after a salvage operation on the recently crashed starship Canera led agents to believe that certain objects, including a life support pod were removed without proper procedures being observed. He was acquitted of shooting an intruder on his premises on a plea of Self-Defence. For location (see entry) Taffin Reclamation.
Criminal Record: 28/L2781 Handling stolen property (23 other offences taken into consideration), 03/6/2789 Unlawful Killing (Acquitted; Self-Defence).